Off the north coast of Honduras lies an island with jungle-covered hill contrasting white sandy beaches and sparkling water that cloak the world´s second largest barrier reef. This is Roatán.

Roatán is also home to some of most pristine flat. Turtles grass bottom and white sand a mix of mangrove flat shallow water that can fine bonefish tailing. On the edge can fine the queen and king of the flat permit!

Getting to Roatán Honduras

During the winter months both air Transat and sum wing fly directly to Roatán from both Montreal and Toronto. In about five hours can be in beautiful Roatán cashing tail. 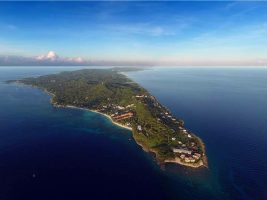 Roatán has a tropical climate, with few temperature difference between season and pronounced rainy season November to February with occasional refreshing northerly breezes. In march it becomes very cool. April and May in the warmest from June to September. A very cool wind about 10 to 18 knot wind and sunny clay.